Founded in 1983 in Strasbourg, France, the EPA celebrated its 30th Anniversary in 2013! The celebration went on all year long and the special highlights included:

On 15 November 2013, the EPA organised a special 30th Anniversary symposium: : “Are people with mental illness truly citizens of Europe?”

Within the frame of its global mission “To improve psychiatry and mental health care in Europe”, the EPA is giving particular attention to the protection of the human and civil rights of people with mental disorders. As such, and as part of its 30th Anniversary celebrations in 2013, the EPA decided to dedicate a special 30th Anniversary Symposium to the topic “Are people with mental illness truly citizens of Europe?”. This Symposium took place at the Council of Europe in Strasbourg, France, on 15 November 2013 and was followed by a cocktail at the Strasbourg town hall. The Symposium was held under the auspices of the Secretary General of the Council of Europe, Mr Thorbjørn Jagland and in the framework of the European Year of Citizens.

The Symposium aimed to improve awareness of the importance of ensuring that the legislation in European countries contains appropriate provisions concerning the protection of people with mental illness, because this would help them to be truly recognised as European citizens. The programme included presentations on ethical, political and cultural aspects of the problem and was followed by a round table involving representatives of the most important organisations working in the field.

The symposium opened with presentations addressing:

The presentations were followed by a Round Table discussion moderated by Marianne Kastrup, Chair of EPA’s Committee on Ethical Issues. Thank you to the Round Table participants:

Click here to view the complete programme of the Symposium.

In April 2013, EPA gave out 14 awards for different and specific contributions to EPA.

CME Course Director who has offered the most Courses

Country/NPA who has organised the most itinerant CME courses

“Cardiovascular disease and diabetes in people with severe mental illness” position statement from the European Psychiatric Association (EPA), supported by the European Association for the Study of Diabetes (EASD) and the European Society of Cardiology (ESC).

EPA Council of NPAs for its role in expanding the EPA

Awardee:
Mariano Bassi
on behalf of the Council of NPAs 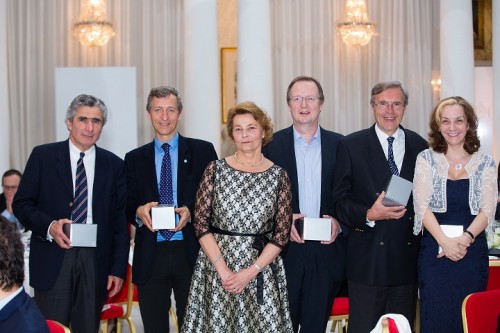 EPA Leaders involved in the Historical change in EPA Statutes 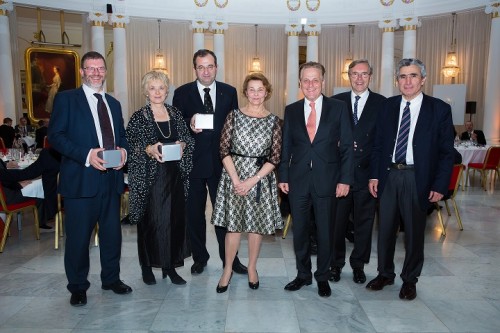 ​Section with the largest number of EPA Members

Awardee:
Henning Sass
on behalf of the Committee on Education

​Development of collaborative activities with Central and Eastern Europe