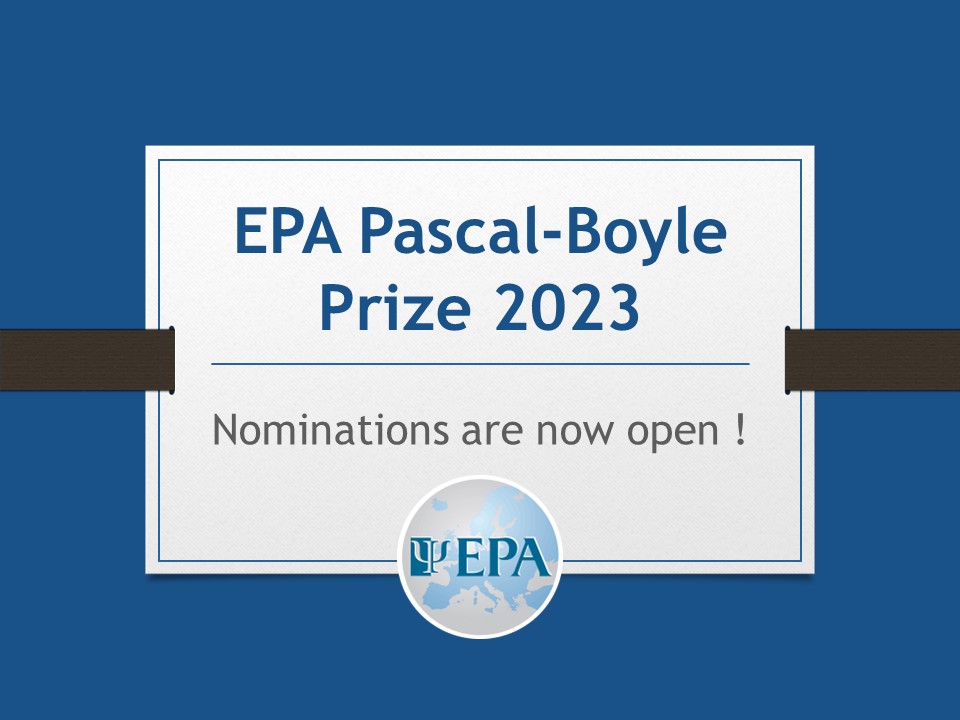 The EPA is pleased to announce the EPA Constance Pascal – Helen Boyle Prize of €10 000 for Outstanding Achievement by a Woman in Working to Improve Mental Health Care in Europe.

The Prize is named in honour of Dr Helen Boyle, an Irish-British psychiatrist, first female President of the Medico-Psychological Association (later to become the Royal College of Psychiatrists); and Dr Constance Pascal, a Romanian doctor, who was the first woman to qualify as a psychiatrist in France.

The deadline for nominations is 16 January 2023.

The laureate will be announced and awarded at the European Congress of Psychiatry, 25 – 28 March 2023.

See the 2022 winner and find more information on the eligibility criteria and the nomination procedure on the EPA website.